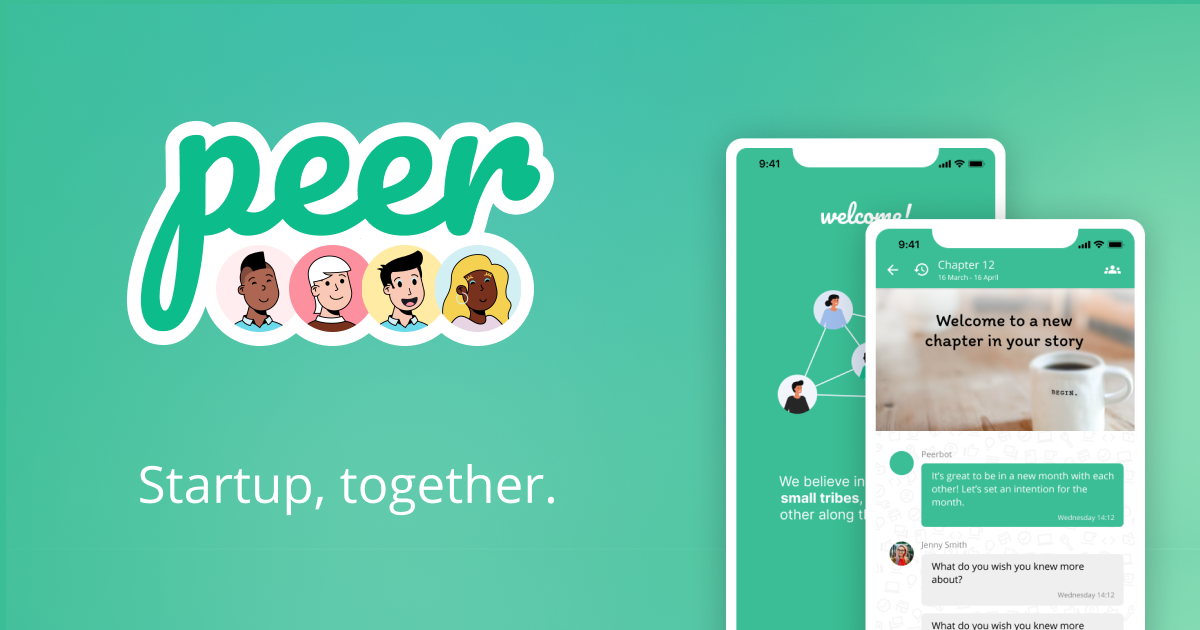 Most business networks are built around getting you in a room with a large number of other people. While these networks certainly have their place, the idea for Peer was brought about believe that there is a missing element of close ongoing support that you can't get from a larger group.

If Peer was to be a success, it would need careful implementation of all of the software phases - research, design, and development. This would ultimately come together to create a platform that truly helps people, and is a delight to use.

Before spending the time to design and build a new app, the first step in the process was to prove that the problem that Peer would solve was something that people actually wanted solving. There were two main steps to this - talking to business owners who the app would eventually be for, and putting together a simple website that would allow people to register their interest.

Speaking to people is an often-missed step in the early ideation process. We got lots of good data for Peer, that would ultimately shape the early features. For example, we heard from many people that smaller groups would be important for them to be able to share confidently.

We made use of Webflow to be able to quickly create a one-page website that explained the premise of Peer, and what problem it aimed to solve. By adding a "register your interest" form at the bottom, we quickly got a good list of names, which further helped to prove there was a need here.

Using our expertise in User Experience and User Interface design, we collaborated to start developing a visual "language" for the app. The app would need to be simple to use, and allow for it to be easily extended with features as time went on.

One of the things which was quickly decided on was the name of the app, and the overall aesthetic, should be simple, friendly, and approachable. This was, in part, to clearly differentiate it from the usually outdated designs of some of the "traditional" networking options.

At the core of Peer is a chat feature, which allows the business owners within a group to talk with each other. It was essential that this was easy to use, and also secure. Users would need to feel that the platform was a stable and secure place to share information about their companies as they developed them.

We made use of the fantastic Firebase platform to store the data for the app, and also provide the "back-end" functionality. This is a platform that pairs really well with mobile apps, as it is quick to get started with, but also scales well with a growing app.

As for the app itself, we would need to be able to quickly develop and iterate the app for both Android and iOS. The React Native framework was a natural choice here, as it allows our team to write the code once, and release it to both platforms.

End-to-end encryption was another core aspect of the application. This helps to ensure that messages can only be read by those that it's intended for. This includes us as a company not being able to read the data in the database. Groups of owners are intended to be very secure places to share information with each other.

With the early "register your interest" waitlist that we had from the one-page website, we already had a list of people who we could reach out to, to be part of an early "beta" test. This early beta test would prove to be very successful in getting feedback on what was working, and what parts weren't working so well.

We quickly build a Minimum Viable Product (MVP) with just the essential features. This allowed us to get a working app out to our beta testers in a quick timeframe. Once we had the first groups in place, we also kept in touch with the users, to get information about feature requests, and bug reports. This is important in helping to develop a product which is truly fit-for-purpose.